(This is in response to a writing challenge from the Writing Essential Group to ‘Write a set of step-by-step instructions detailing how to do something (prose or poetry).   It is also a reminder that I need to shave.)

d.  Sasquatch-esque – Save your blade, use a DOW-approved chemical depilatory cream. Have burn unit on speed dial.

*Watch out for blowback.

**Dry shaving is on the list of acceptable torture methods used by the CIA—right alongside waterboarding and cranking up death metal music beyond ear-bleeding levels. 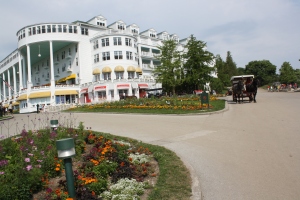 (Warning: the following contains a detailed description of bite-sized food.  Make sure you are fully sated before reading.)

The plan was to dress up fancy so I could attend High Tea in all its splendor at the Grand Hotel on Mackinac Island. That was the plan. After a two-mile walk, and gusts of 30 knots coming off Lake Michigan, I arrived wind-blown, sweaty and looking forward to sitting down to a lovely repast. I was intercepted by the hotel greeter whose job it is to waylay interlopers visitors. Imagine my surprise when I learned that, in addition to paying $31.80 for the tea, it was necessary to pay for admission to the hotel. After an entire day without access, the $10.00 entrance fee seemed a small price to pay for Wifi. The second surprise came when I realized the room where high tea was served was part of the long lobby that faced the lake. Most of the preferred seating was reserved, so the concierge—an actual concierge—found a spot where I could plug in and remember what the 21st century feels like. Then I discovered my spot was apparently Wifi free. “Well,” I reassure myself. “That’s what I came for—the old world charm.” I braced myself to be charmed…

The phrase ‘High Tea’ suggests to me something out of the Wild West—where gunfighters draw down in the dusty center of town. Instead of six shooters, however, the weapons of choice would be fine manners and elocution. I anticipated a room filled with white covered tables and genteel, murmured conversations among straight-backed women wearing gloves and hats. Instead, the first impression one gets at the Grand Hotel is of too many people sitting in a crowded room with a harpist trying valiantly to accompany the chatter of several loud conversations. Perhaps that is why I was initially somewhat disappointed in the marriage of yesteryear with modern amenities. Reality fell short of expectation.

Plopped on the small sofa, I waited for a menu (or table) to appear, for something—anything—to happen. In the end, I never actually ordered. A young woman simply appeared with a shaky tv table draped with a white napkin. She brought me the standard meal—with slivers of salmon and other ground-meat salad sandwiches. Thus I was forced to become that most irritating of customers—the one who sends food back. “Do you have a vegetarian option?” I ask meekly. (Okay, I was not meek, but let’s pretend I was.) My savory dish was whisked away leaving the dessert plate, tea and flute of champagne abandoned on the tray. Then I waited…and waited…and waited for the vegetarian option to appear so that I could photograph it. Meanwhile, my tea cooled and my effervescent champagne struggled to maintain its enthusiasm. I too began to wilt.

My salvation arrived in the form of tiny vegetable bombs exploding on a variety of breaded surfaces. The geometry of the plate kept things interesting. Small, round white rolls looking a bit like the caps of button mushrooms were alternately stuffed with chilled sweet lentil salad and an eggplant and basil medley. Asparagus tips nestled in a butter spread on a slender rectangle of bread. Cooked, finely diced yellow and orange peppers sat on a triangle of white bread with butter. There was little spice so you could enjoy the fresh flavors of the ingredients. The only disappointing thing on the plate was the deviled egg—which is usually one my favorite indulgences. Instead of a cool white oval filled with the spicy, yellow mustard and egg yolk filling I am used to there was an odd, lightly green filling of questionable origin. After one bite, the mystery egg sat forlornly until I could find out what it was. Besides odd.*

The dessert tray delivered a myriad delights – seven if you include the miniature pot of strawberry preserves, which I decided would make a lovely souvenir. From the chocolate-dipped strawberry circling clockwise, the desserts include a powder-sugar choked cookie reminiscent of a Mexican wedding cake—sans the almond bits. Next came a fudge-frosted, walnut brownie bite. Sinfully moist with a hint of coconut—it tasted like a mini German chocolate cake. The next confection was a coconut-crusted truffle with a chocolate outer coating and an inner creamy, rum-butter center—mild but delicious and very smooth. Next came a tartlet dominated by the fruit and crust. The filling barely registered but was a nice crème anglaise custard—I think. I would need a bigger portion to be sure. Perhaps a cup or two. The boldest dessert exceeded the confines of its gold foil. It was a clever demitasse made of molded white chocolate cuddling a strawberry crème inside. Dead center of the plate was a whipped cream swirl that had a slightly coconut or almond taste but so faint it was ephemeral. I saved the milk chocolate-dipped and white-chocolate-striped strawberry for last. It was the perfect palate cleanser. The strawberry came at the end of the season, but was delicious for all that.

After eating sweets, the champagne was bitter, but the bubbles managed to survive the wait and I mellowed as I sat there. Instead of the inconvenience, I noticed families communing around low tables. Children were sitting and listening as their parents and grandparents talked. Not a single iPad or smart phone was in evidence. Perhaps the harp caused interference? Whatever the reason, be it mellow music or the slower pace, I relaxed and enjoyed the moment. And this is when the old-world charm began to work its magic.

All around me, friends and family chatted and chewed in wing-backed chairs—enjoying the pleasure of convivial company with savory and sweet delicacies. Perhaps the laughter became a bit boisterous at times. But, after the second glass of champagne, I didn’t seem to mind. I realized, we haven’t entirely lost the ability to slow down and appreciate the moment. We just need to be reminded that it is an option.

*If you ever visit the Grand Hotel and pester the poor wait staff for information on the ingredients of the vegetarian dish, in desperation, they will hand you a second plate of food.** I felt mildly guilty about this until I remembered that the meat-heavy ingredients probably cost three times as much.

**Second deviled egg was at least not green. It however, still had a barely discernible taste of mustard and mayo. If there was egg yolk involved, it was only in passing.

There are not enough words in the English language to express exactly how screwed up I have been for the past few weeks.  I will simply reduce the experience to a Haiku:

I will now round off this august moment with a solemn vow to never, ever write poetry at you again.

At the tail end of my male progenitor’s deca-annual (how would you write every-ten-years?) visit, I caught the plague.  Or some other totally nasty virus.  I am finally able to breathe again (through both nostrils, thank you very much) and now am frantically scrambling to get ready for camping.  Good thing I bought an extra bag of glue sticks!*

Just before bedtime, I decide to download some directions so I will find the campground in under two hours this year.  (In my defense, it is a particularly hard place to locate.  People have been known to spend the weekend desperately seeking Wifi and muttering to trees for companionship in lieu of Facebook.)  In my sincere attempt to be proactive and get the directions before I am half-way out the door, I get distracted by email.  (Yes, I still have email. Sue me.)**  I am trolling my email when one reply in particular catches my attention.  It’s from my son’s summer camp.  “Ahh,”  I think to myself…which is generally how I do it. I rarely think to anyone else.  “Ahh, I have a reply to my silly question about the ridiculous idea that I have signed my son up for a day of camp tomorrow which can’t possibly be the case because it isn’t on my calendar!”

“Yes, your son is signed up for Friday.  Do you need to see the confirmation we have previously sent you?”

The subtext, if you missed it, is that I am a complete idiot.  I believe the message they wanted to write went a little bit more like this:

“What the h*ll?  How can you not know that your child is scheduled to come to camp tomorrow?  You signed him up for nearly two months worth of camp!  He’s your child.  Aren’t you supposed to be responsible for him.  You moron.”

Or words to that effect.

So, if in the next week or so, you don’t hear from me…I am likely trying to come down from the stress of my own ineptitude.  Feel free to send me Moscato to support my recovery.  Oh, and more glue sticks.  You can never have enough glue sticks.

*And, no, I am not going to explain that one.  I will leave it to your imagination.
**Please don’t sue me.  I have enough problems with imaginary car noises that cost me $179 to determine there is nothing wrong.***
***I wish I were joking. 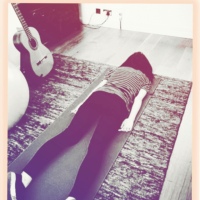 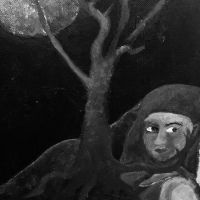